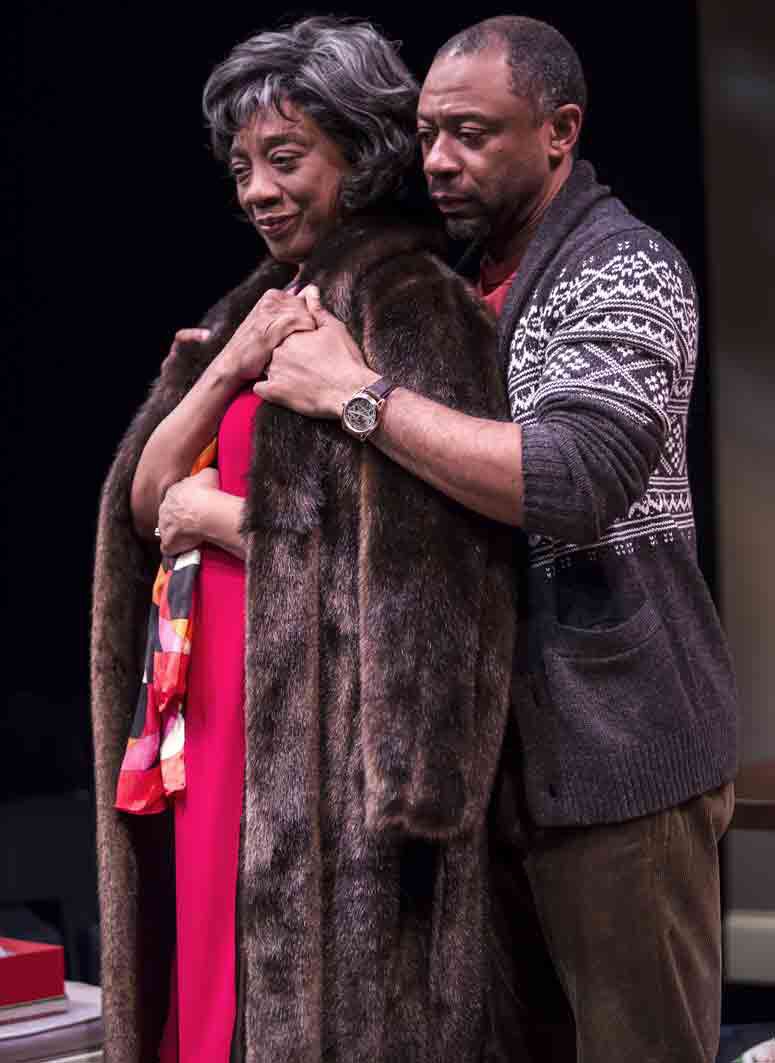 Mothers and Sons opened on March 24 at The Cincinnati Playhouse in the Park delivering a well crafted and highly impressive performance. It was multifaceted, thought provoking, and timely. Timothy Douglas directed this work of Terrence McNally with skill effectively breaking down and going beyond emotional and social stereotypes to show we are part of humanity. Even thou, we may differ on opinions we all feel, pain, lost, depression, anger, and have the need for love, a sense of family, belonging, humor and happiness. He met on all these aims reaching into each character’s very essence revealing not only their feelings, opinions, but true desires, hopes and longings.

Katherine Gerard lost her son Andre many years ago to the AIDS Epidemic which paralyzed a culture of gay men and woman to the sentence of suffering and death. She never overcame the loss of her son to this disease. She held his former life partner Cal partially responsible for her son’s death even thou she knew he wasn’t the one that infected him. She still has rage, anger, and hurt about her son moved away from her to become an actor stealing his love, as well as his lifestyle.

Cal also felt lost, anger, resentment not only to the disease that took Andre, but to the prejudice and judgment he felt from Katherine.

Cal and Katherine shared a common need to feel closure, and both craved a sense of family and belonging from each other. Cal tried to move beyond the hurt to commit to his new family. Will his partner and his son Bud. Katherine still struggled to move forward.

Stephanie Berry reached that level of excellence in her role of Katherine Gerard a mother’s love couldn’t have been displayed better than this.

Alvin Keth was packed full of emotion that pierces the stage into the audience as Cal. Bravo!

Austin Vaughan as the young child Bud, captivated the audience with the acceptance, curiosity, that innocence that all children should have well done.

Ben Cherry performance was brilliant and believable capturing, how would a partner handle his ex’s mother coming to visit. He truly delivered a performance as Will that pushes the envelope in the right direction.

This is fresh and entertaining theatre that hits the mark.