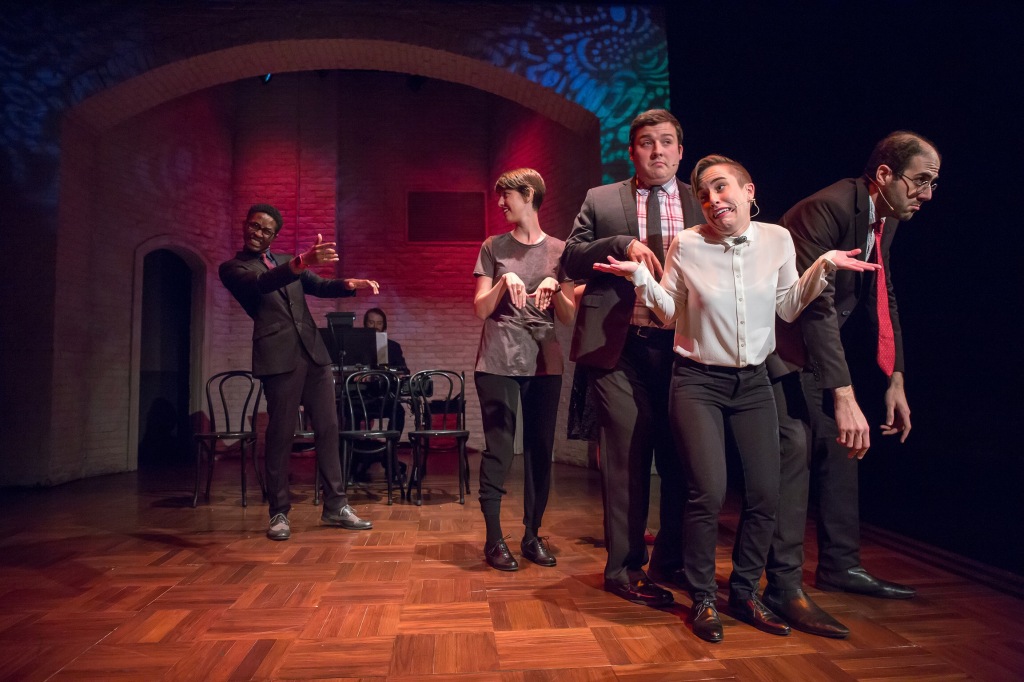 The Cincinnati Playhouse in the Park has brought the best in improv, outrageous humor, riveting satire and comedy to Cincinnati with the opening of The Second City’s Holidazed & Confused Revue on November 10. There were attics, tongue in cheek, comments, and playful interactive with the lively and fun-filled audience. Second City in this performance takes on the craziness of the holiday season to the extremes, whether is awkwardness of holiday gatherings with friends, family, and work associates, stress of shopping, relationships travel, weather; nothing is taboo or out of reach for these artists.

Second City company which was started in Chicago in 1959 has included many comic greats such as: Bill Murray, Martin Short, John Candy, John Belushi, Jim Belushi, Tin Fey, Gilda Radner, and Harold Ramis to name a few of many. Later on, many of these comedians have performed both on SCTV and Saturday Night Live.

Second City touring comedy sketch/improv troupes have visited Cincinnati before with shows as: Second City does Cincinnati Pride and Porkopolis to The Second City 2: Less Pride and More Pork. Both productions at The Playhouse were a over-whelming success.

This current production is delightful and stimulating I would recommend it highly. It is being performed through December 31. In addition, the touring company is classes to learn this style while in town. More information is available from the Cincinnati Playhouse box office at http://www.cincyplay.com