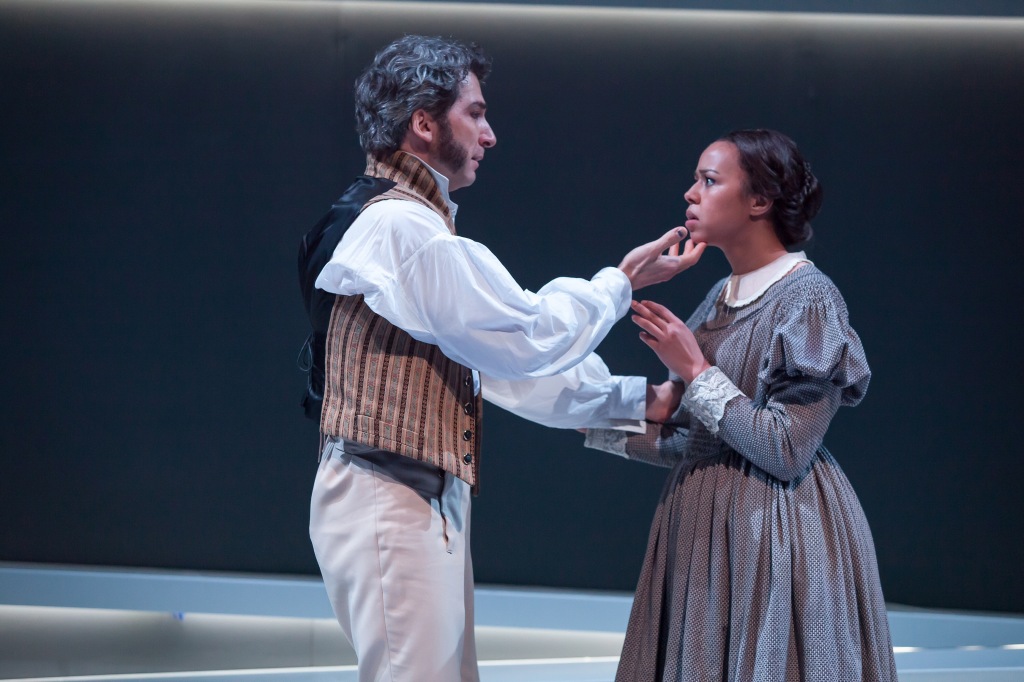 The Cincinnati Playhouse in the Park has created a fascinating, passionate and highly dramatic remake of the classic tale of Jane Eyre. This story is being performed onstage at the Marx Theatre in Eden park from March 11 to April 8, 2017. The story will be captivating as its robust themes of morality, class independence, true love, and forgiveness.

Jane Eyre was a sturdy young lady, who has had troubled childhood as a orphan, alone at times and as well as mistreated growing up in her Uncle’s home Mr. Reed. He cares about her, but that sentiment is not shared by her aunt has a severe disliking to her and saw her as a burden. She states that Jane had a habit for lying and being deceitful. She ships Jane to a boarding school where she also mistreated additionally. Jane sees a silver lining one day as she offered a job to be a governess in the estate of Mr. Rochester. Mr. Rochester is a man of honor, but he is mysterious, jaded and also dark. However, like a moth to the flame, Jane is intrigue with the conversations she has with him that only ignites more curiosity and feelings toward him.

Margaret Ivey was remarkable, and highly talented in the range of feelings she eloquently expressed as Jane.

Tina Stafford was great as Mrs. Reed shows how dark and cruel people can be to others.

Michael Sharon was close to perfect as an anti hero in the story as Mr. Rochester. He has secrets. He is deceitful, and nonsense but cares. You can’t help yourself in wanting him to find true love. Michael hit the mark and then some.

More information on the showing of Jane Eyre at the Cincinnati Playhouse can be obtained at: http://www.cincyplay.com. It is a compelling theatre that will leave you with a memorable experience.