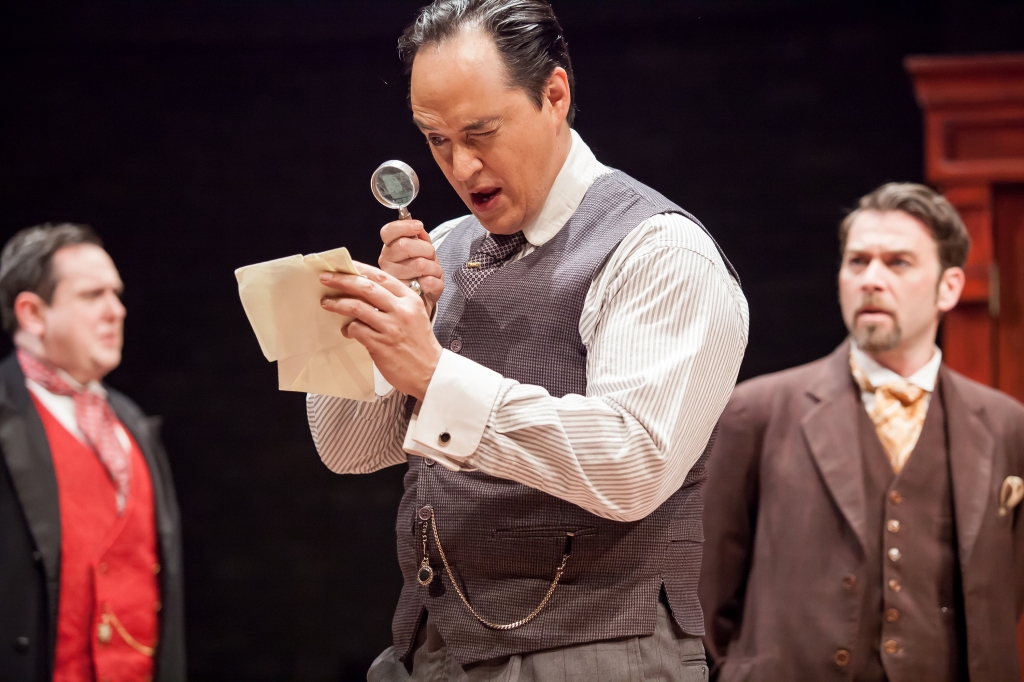 Mystery lovers need to look no further then The Cincinnati Playhouse in the Park for a theatrical treat Ken Ludwig Baskerville: A Sherlock Holmes Mystery.

This story is an adaptation of the Hound of the Baskerville by Sir Arthur Concan Doyle. Dr. James Mortimer comes to see Detective Holmes for his assistance investigating a strange death at the Baskerville estate of Sir Charles Baskerville. Charles supposedly died of a heart attack however footprints large hound are found close to the seen of the incident. His sole heir is Sir Henry Baskerville a somewhat naïve nephew moves into the estate but there may be several close relatives and neighbors that wish to do him harm. Holmes seeks to find out the truth and protect Henry.

Jacob James was remarkably brilliant in playing Doctor Watson giving the role a quality that definitely hit the mark.

The performances will run through May 20 and is a highly entertaining who done it which will surprise you with the interesting ending. More information can be obtained at http://www.cincyplay.com